Have you spotted a queen ant before? How Do Ants Get Pregnant?

Is the queen the only ant that can be pregnant? How does the mating process work for ants?

We would love to explain it here in this article and show you a great video to explain How Ants Get Pregnant.

How Do Ants Get Pregnant?

The queen ant releases chemical pheromones that are strong molecules to draw in winged males to copulate with her. Worker ants help to remove the male ant’s wings and check to see if he is capable and worthy or passing through their swarm.

Once approved, he is able to mate with the queen and perishes soon after. The queen stores sperm in an pouch until its time to selectively fertilize her eggs to determine which will become workers, winged males or new virgin queens.

How Can You Tell If An Ant Is Pregnant?

It is much harder for humans to tell if an ant is pregnant compared to ants themselves. This is because ants communicate through chemicals. The queen releases a very strong chemical scent that draws in winged males.

You can inspect a queen anta little bit closer to find the tell-tale sign around her abdomen. This is also called her gaster.

Look carefully to see if it is big and bloated. If it is,  then it is a condition called physogastrism. You will only notice this for up to several days after mating has been completed.

Do All Ants Get Pregnant?

No. All ants do not get pregnant. A pregnant queen is the mother of the colony. Ants are part of the living organisms in the world can partake in asexual reproduction. Some ant species have queens that asexually reproduce.

In sexual reproduction, winged males will help to mate with the female in order to add sperm that she saves in her pouch which is located at the tip of her abdomen.

This is when she gets to choose how to selectively fertilize her eggs to produce winged males or more female worker ants. If she fertilizes the eggs, they will be females workers. If not, they will be male drones.

How Long Are Ants Pregnant?

A female queen and can store sperm for an indefinite period of time in her abdomen which is called her gaster. She can lay eggs that hatch in 8 to 10 days.

The development of the larvae goes through stages before it can pupate. This development takes anywhere between 22 to 37 days.

Queen ants can produce all the way up to 800 eggs in one single day. She will decide how to fertilize her own eggs. If she doesn’t fertilize the egg, they will turn into males. She will also decide if the colony is large enough to produce a new queen and expand into further territories. 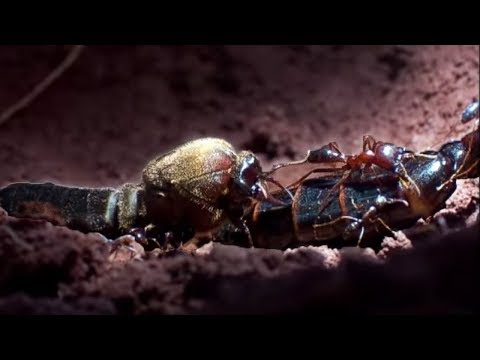 Can Ants Reproduce Without a Queen?

No. Ants cannot reproduce without a queen. Ants are social insects that require a queen to reproduce in their colonies. A colony without a queen will die. They will not have a chance to grow or expand.

A colony that doesn’t have a queen can also become attacked by other species or other ants. A colony without a queen will surely die very soon.

How Do Ants Have Eggs?

Ants have eggs that are only laid by their queen. The eggs look like small white oval objects. They are different sizes of eggs depending on which species of ant you are looking at.

The eggs will be contained in a special chamber where the ant colony or ant last nest is located. This is where worker ants will care for the eggs along with the queen for them to successfully hatch into larvae.

The eggs of a queen ants look white, oval shaped, and small. They are just as small as this comma, or this period.

Looking at an ant egg up close, it resembles a grain of rice. One piece of rice however, is much larger than the ant eggs.

If you see a batch of ant eggs in your home, you have the beginning of an ant infestation. Remove them immediately.

Who Impregnated The Queen Ant?

A winged male that is almost as large as the queen herself will arrive by capturing the scent that she releases through the air because this is how they communicate.

The pheromones that the male with wings smells, draws him closer to her. The queen needs to store sperm in her pouch in order to selectively fertilize the eggs that she laid.

If she does not fertilize them they become males which are also called drones. The fertilized eggs become female worker ants which will remain infertile.

The only purpose of males are to simply mate with queen ants and die shortly after doing so.

How Does a Queen Start Our Own Colony?

A queen mates once and doesn’t need to mate again. She can store the male sperm in a pouch that she can open and close when she needs to fertilize the eggs that she produces.

If she chooses to fertilize the eggs then she will produce more infertile female worker ants. A queen ant doesn’t need her wings anymore after she mates. She will be able to find a site where she will consider to create her colony.

She will need to dig a nest and lay her eggs there. Her first brood of ants will be raised all by herself. In the future her for infertile female worker ants will help her to raise future generations.

The male who helped to start the colony will die shortly after copulation. A queen ant can also produce a Virgin Queen when she decides that there are enough workers to allow for her colony to expand further into new colonies.

Related posts:
How To Get Rid of Ants From Chilli Plants {Best Way Here}
Why Do Ants Love Sugar? {Why & What To Do Here}
Do Ants Pee Acid? {Is It Really True?}
How to Get Rid of Ant Bites Overnight {13 Remedies To Heal Your Ant Bite}