Do you ever wonder why you are being chased or followed by wasps? Why do wasps follow you?

Should we all just agree that wasps are meaner than bees or is there another reason behind their aggressiveness?

Did we do something without us noticing or are they just going to continue stinging people for no reason? In this article, we’ll find out why wasps follow you.

Wasps may follow you when you have an attracted or fragrant scent on your body from perfumes, deodorants or soaps. They will also chase you when you are threatening their nest or getting too close.

It is their defense mechanism to follow you, chase or attack you to get away from their territory. They will sting you repeatedly if you continue to remain in this area.

If your clothing resembles patterns or colors that are bright and similar to flowers along with a fragrant odor coming off your body, you have a higher likelihood of being followed by a wasp.

Why Am I Being Followed by a Wasp?

There are 3 possible reasons why wasps would be following you.

They will not die after stinging you once. They can sting you again and again. This is why they are fearless compared to be or other insects.

Will Wasps Chase You?

Wasps will chase you if you flap your arms and stand your ground near their nest. You have to get away from their territory. Get yourself prepared to run in a straight line about 50 to 100 feet away from their nest and they will return in most cases.

Disturbing the nest is the number one reason why a wasp would want to chase you. Do not stand near their hives. If you haven’t destroyed their nest, they will stop chasing you after about a hundred feet.

If we are talking about hornets, they will be able to chase you even further to about 300 feet. Otherwise, they may chase you more if you have been stung already. This is because they release a pheromone or chemical odor that makes it easier for other wasps to follow the scent that is on you now. 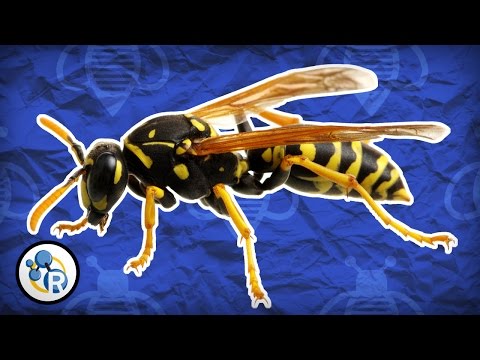 Wasps can attack and sting for reasons beyond our comprehension. We may have to just assume that they are mean sometime. If we are not near their nest, they are coincidentally in the same location as us, they may still decide to sting us.

They can do so by plunging there venomous stinger inside us and remain alive afterwards. As long as we stay clear of the nests, we shouldn’t be a cause for their concern. We should also make sure to not wear fragrances that smell like flowers or other types of sweet nectar that attract wasps.

They like to attack and defend themselves, their territory and the nest. With this defense mechanism, they can sting repeatedly. They will release pheromones and there will be a swarm before you know it.

How to Avoid Wasps

If you wish to avoid wasps, make sure that you take necessary precautions such as:

If you happen to wander into their territory, you have to keep a clear distance of at least 50 to 100 feet from a nest. They will defend it at all costs.

Wasps are more aggressive during the early fall when they are preparing for winter. The autumn season is when most of us enjoy taking long walks to witness the changing of the leaves. This is also when wasps are active during the day preparing their colonies for the winter. What to Do If a Wasp Lands on You

If a wasp lands on you, then you must take these necessary steps that we have explained below to keep safe:

If you happen to have a piece of paper or another object handy, gently try to use it to redirect the flight path of a wasp that is trying to land on you.

Why Are Wasps So Mean Compared to Bees?

Calling a wasp mean is your own opinion, but we tend to agree with you. Using the word mean, angry or aggressive are words that we have placed in our own vocabulary.

Wasps are social, but they are also aggressive when they feel threatened. It’s up to you to decide whether or not you wish to assign emotions to wasps. The number one reason why we think that wasps are mean is because they can repeatedly sting without dying.

Bees have to be very careful when they are using their stingers. They will do so altruistically to protect their colony even though it means that it’s the end of their life when they do so.

A wasp can pursue you without the fear of death after stinging you. Keep in mind, there are solitary wasps who are not aggressive. All they want to do is drink nectar from flowers, eat spiders and insects or feed on their larvae. They are not mean and will leave you alone.

Related posts:
How Long Will Peppermint Oil Keep Wasps Away {This Will Surprise You}
Why Are Wasps Attracted to My Car? {How To Remove Wasps In Cars}
Best Bee Killer Spray & Powder: Easily Keep Them Bees Away
Can You Drink Alcohol After Being Stung by a Bee, Wasp, Yellow Jacket?

Home » Flies » Wasps » Why Do Wasps Follow You? {Why Wasps Attack}