Did someone tell you coke can be used to kill rats? Can you kill rats with coke?

Is it true? Does it really work or is it just a myth?

Below I will cover everything you need to know.

Can You Kill Rats With Coke?

No. Coca-Cola and other soda drinks may have carbonation, but this doesn’t contribute to your desire to kill rats. The carbonation present in any soft drink is not enough to affect a rodent even at its slightest possibility.

I recommend that you consider to use traps to kill rodents as they don’t contain any harmful chemicals, Check out the traps here on amazon.

Coca-Cola and other soda drinks are sweet substances as they contain sugar that makes us feel satisfied after we drink it. Not only can humans drink soda, but rats and mice too

Rodents are attracted to sugary substances or any sweet food; therefore, you can attract them with an opened soda drink put in a glass, or even those soft drinks spilled on the floor.

People believe that they can use soda drinks to get rid of rats and mice from their homes. Coca-Cola is one of the best examples people can think about because of the carbonation it produces that they believe rodents suffocate and possibly lead them to an explosion.

How Does Soda Drink Affect Rats?

If rats drink soda, they only gain satisfaction from the sweetness it provides. Those rats kept as pets by their owners usually suffer from health issues because they eat anything they want. Rats can suffer from diabetes if they drink soda and eat any sweets around the corner. Rats are a little dirty, especially if they’re not your pet. They run around from different places reaching your home, which leads them to bring dirt and bacteria to various parts of your house.

Given that rats come from different areas, they also need food to live. Rats and mice can eat anything and everything; however, they’re not living garbage!

They’re just like any other stray animals that eat what they could see around them, but indeed they have preferences too. 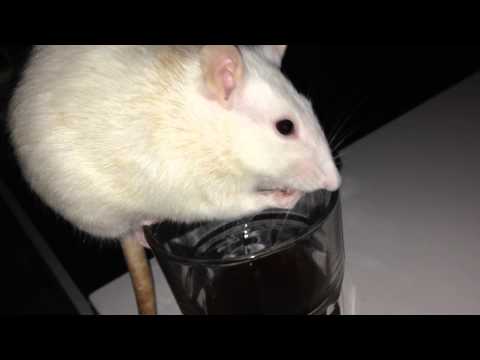 Do Rats Explode When They Drink Soda?

We may have a colorful imagination or believe everything we read. The fact is that there is not enough carbonation inside soda to cause a rodent like a rat to explode.

There would have to be a significant amount of gas mixed with baking soda or other stronger amounts of carbonation that goes beyond what humans regularly drink inside our sodas to cause a rat to explode.

Rats are unable to release flatulence or carbonation through their anus or mouth. Their intestines may swell to the point of discomfort and a slow painful death may result. Expecting a rat to explode from drinking soda is a myth not worth trying.

Can Mountain Dew Kill a Rat?

Mountain Dew is popularly known to contain more sugar than most sodas in the market today. This clear liquid seems like it contains fewer chemicals than Coca-Cola, but the content of sugar will be enough to draw in a rat to drink this sweet nectar.

Nevertheless, there is enough citric acid and carbonation to create enough discomfort where a rat’s intestines would be able to swell and become unable to release the resulting gas.

It’s also worth noting that over the course of months, the citric acid in Mountain Dew can dissolve most of a rat’s body if you place it in a  container.  Some collagen and soft tissue would remain. This is not an experiment that we have tried nor intend to.

Can Pepsi Be Used as Rat Poison?

There is a claim that Pepsi originated as a rat poison company, but this is false. Pepsi is not going to be an effective form of rat poison. The sugar will be an effective way of drawing a rat in to take a sip.

The carbonation in Pepsi may cause a rat’s intestines to swell. A rat will not be able to expel the gas created by drinking Pepsi. This may result in a slow death.

You can try mixing Pepsi with a rodenticide to create a solution that draws a rat in while the poison inside kills it effectively.

If you badly want to try this method, then use Coca-Cola as your item. Any soda drinks will do so long as they’re carbonated.

Look for spots in your house where rats are usually hiding or running. It can be around your kitchen, wall voids, or small holes that rats may have possibly made to create their pathway. Let’s say this thing actually works; it should work for other rodents, too.

This method should also kill hamsters, chipmunks, guinea pigs, and other rodents, so keep it away from your pet rodents if you have any.

There’s nothing wrong if you want to try this method, even if it’s not recommended. If it doesn’t kill rats and mice, you don’t lose anything because it’s an attempt.

However, the soda drink will attract rats and mice that they may consume everything. If not, then the ants will come for it because ants are attracted to sugar – they need energy too!

The urban legend around Coca-Cola being able to kill mice or rats continues to remain a popular method of trial and possibly error. The idea is that you want a mouse to be drawn in by the sugary taste and aroma of Coca-Cola.

Once ingested, the mouse will not be able to release the carbonation. It all depends on the amount of Coca-Cola the mouse is able to drink.

The intestinal gas that builds within a mouse is going to cause it to slowly die. This is not an effective way of killing a mouse and it isn’t considered to be humane either.

Now, you’ve realized that killing rats or mice with Coke isn’t effective,  eliminating them with this method doesn’t work.

There may be rats and mice in your house that you’re trying to get rid of and using Coca-Cola and other soft drinks as your remedy isn’t recommended. It would be best to use mousetraps at every part of your house where rats are usually located to drop them in no time.

Rat poisons are also available and make sure to use them very carefully to avoid contact with your skin.

Related posts:
How to Get Rid of Rat Burrows {Why You Shouldn't Flush A Burrow}
Best Food to Attract Mice: {Tried & Tested}
Are Ferrets Good at Catching Rats? {Risks vs. Reward Explained}
How Long Can A Rat Live Without Food and Water? {Will They Eat Each Other?}

Home » Rodents » Can You Kill Rats with Coke? {Does It Work? Find Out Here}