It takes a lot of effort and time to maintain a beautiful garden. After putting in so much hard work, if pests destroy your garden, it will break your heart.

Moles and gophers are some of the pests that you could have in your soil that will silently kill your plants.

If you think you might have a gopher or a mole living in your soil this article will help you. Below, we will tell you all the differences between gophers and moles which will help you identify them, and how to get rid of them once and for all.

Differences between Gophers and Moles

Pocket gophers, commonly known as gophers are burrowing rodents which live underground. They are small creatures, just 15-20m in length.

You can probably recognize them by their brown fur that matches the color of the soil.

The word “pocket” in their name comes from their characteristic feature of large cheek pockets that extends from the side of the mouth to their shoulders. 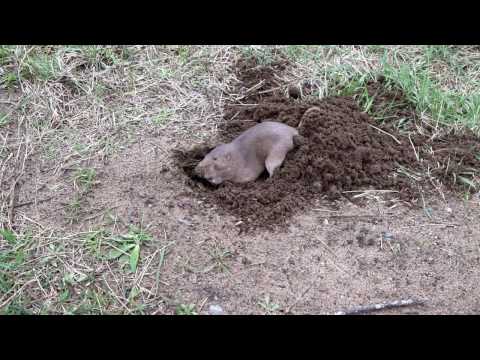 Their distinguishing feature, which will help you recognize them better, is the presence of a hairless, pointy snout.

They have tiny eyes that are covered by fur and no external ears.

They have large and broad forelimbs with webbed toes. This helps them in digging the soil while moving forward. It is said that moles swim underground because of the way they move in soil.

Physical Differences between Gophers and Moles

Gophers can be identified by the pockets in their mouths and moles can be recognized by their pointed, elongated snout.

While gophers are small and resemble a rat in shape, moles are cylindrical with a long body.

Moles also have large webbed foot and have a distinctive movement in soil that makes them easier to recognize.

Differences in Behavior of Gophers and Moles

Their tunnelling is extensive and covers a large area. Only when they are mating, will two gophers be present in one burrow.

Gophers are very active, and your entire problem could be caused by only one gopher. However, their density could be quite high too if they have enough food.

They are active all year round and all times of the day. Though they will be hard to spot as they mostly stay under the surface

Moles also live alone, only socializing when they reproduce.

Moles have their own burrow systems. Just like gophers, their burrows are extensive and they don’t tend to share it with others. Although it can be interconnected to other burrows.

They are very active creatures, digging all day and all year round. It will die of starvation if it doesn’t eat every few hours. However, their activity reduces in extreme heat or cold. They are most active after rain when the soil is moist and soft making it optimum for digging.

They rarely come up to the surface and if they do it is to look for nesting materials, that too only in the nighttime.

Differences in Diet of Gophers and Moles

Gophers are vegetarians. They only eat vegetation present in the soil. They mostly eat roots and tubers. Alfalfa, dandelions, juicy vegetables like carrot and radish are their favorite.

Moles, on the other hand, eat insects and earthworms. Because of their high energy requirement, they have a large appetite. Earthworms and white grubs are their preferred food, but they eat anything like an insect, snail larvae, spider etc.

Moles and gophers often leave mounds of soil in the process of digging. The type of mound they leave also becomes an identifying feature for them.

Gopher mounds can be more often seen during spring and fall season when gophers are most active. Gopher holes are semi-circular in shape, like a horseshoe.

The burrows are invisible, and you can only make out gopher activity by the presence of mounds.

A good indicator of gopher activity is the opening of the gopher holes. If a hole is plugged with fluffy, fresh dirt, it means that a gopher is inside and active. Otherwise, the burrow has likely been vacated.

Mole mounds, on the other hand, are round with the burrow entrance at the centre. They are described as miniature volcanoes. Their cone-shaped mounds are about 2 inches in diameter.

Their tunnels are clearly visible as they move. They leave the ground soft and mushy.

Do I Have Moles or Gophers?

the surface. However, you can apply different methods to recognize a gopher or a mole.

The most distinctive feature which helps in recognizing whether it’s a mole or a gopher in your yard is that gophers will damage your crops while moles will damage your land. If you find withered plants with damages roots, the problem is most likely gophers. But if you find tunnels lines everywhere in your garden, you have moles.

You can also recognize the creature by the type of mounds they leave on the surface as explained above.

How to Get Rid of Gophers

Some ways you can get rid of gophers and reduce the damage in your yard are: 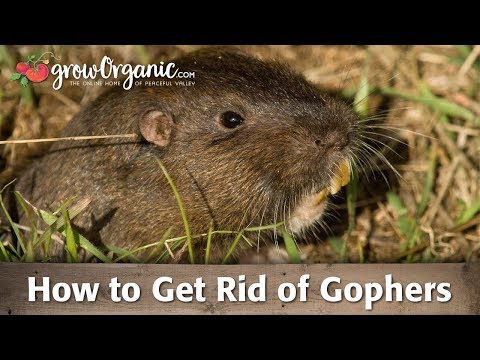 How to Get Rid of Moles

Some ways you can get rid of moles: 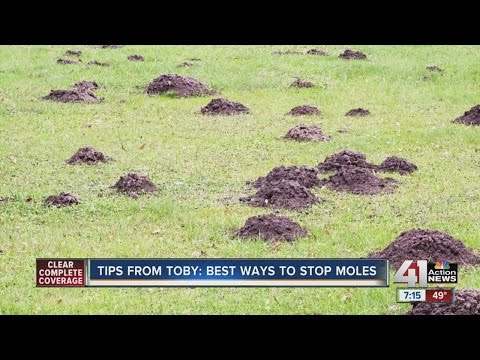 Gophers and moles are good creatures for the soil. They aerate the soil and allow new life to emerge.

However, they can become a pest when they are in your garden or farm. They can cause significant damage to your plants. Hence, it becomes very important to timely get rid of them.

But we understand that underground animals are not that easy to get rid of. So, we hope this article helped you in figuring out how to successfully spot and identify a gopher and a mole and how to get rid of them.

We hope this 2020 your garden is beautiful and thrives mole and gopher free!

link to How Often Can You Bathe a Dog With Fleas?

Does your dog have fleas? Are you wondering how often should you bathe the dog? If your dog has fleas you can bathe them once a week. If you bathe a dog too often, it gets rid of the natural oil...

Do you intend to transport your dog, but it is infested with fleas? Is there a safe way to do this? In this article, I’ll cover everything you need to know. To transport a dog with fleas you...