Does it seem strange that drawing a simple line with chalk stops ants in their tracks? Does chalk repel ants? Will ants cross a chalk line?

What is making ants change direction when there is a chalk line in front of them? Is there such a thing as Ant Chalk?

In this article, we’ll discuss the topic of chalk and find out, “Will Ants Cross a Chalk Line?”

Will Ants Cross a Chalk Line?

The calcium carbonate in chalk deters ants by interrupting their scent trails. This is not toxic and it’s only a temporary disruption in their hunt for food. Chalk may detour ants and temporarily stop them from moving in that direction, but there is nothing in conventional chalk that will repel or kill ants.

Ant chalk however, is created with cypermethrin which is a key ingredient in many pesticides. It will disrupt their nervous systems and kill ants permanently.

What Line Will Ants Not Cross?

Imagine playing a game of hopscotch with an ant. You jump in the square, but the ants stays in place. Why is an ant not crossing chalk? The answer lies in the substance that chalk is made of.

Sodium carbonate prevents ants from following their scent trails to find food or members of their colony. It distracts and deters them from moving further in this direction.

Draw chalk lines and try it for yourself. Chalk will eventually wash away or disintegrate to a point where ants capture the scent that directs them home or towards food once again.

Chalk lines around your porch or dining table helps keep ants away while you are eating outdoors, but they will return when the chalk fades.

Why Do Ants Not Cross Chalk Lines?

Chalk lines are used as a common method to temporarily stop ants. Ants find the scent of chalk deterring and disrupting their focus on finding food.

The interference in an ant’s ability to follow scent trails, leaves it confused and lost. Draw a circle instead of a straight line and see how ants feel stuck inside it. They will eventually regain their sense of smell and find an opening through the chalk.

You may not wish to cross an area that has been sprayed by a skunk, but if you must go this direction, you will find a way forward and move on. The scent of chalk is strong for ants, but not enough to kill them.

Will Ants Cross A Salt Line?

Ants crossing a salt line hurts as much as rubbing salt on an open wound. Their exoskeleton is exposed to the sodium molecules which acts as a drying or dehydrating mechanism.

Salt in high doses can kill ants. Ants will try to avoid salt lines to prevent the feeling of discomfort when they cross over it. If you have spread salt everywhere and the ants have no other choice, they will have to cross through it, but it shouldn’t kill them.

Salt and chalk work in the same way to deter ants and force them to look for another path that steers them away from where you are enjoying your moments outdoors. 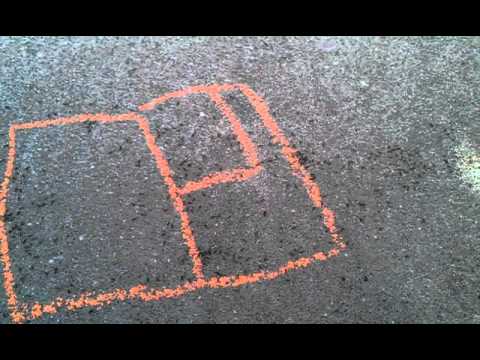 How Does Chalk Work to Get Rid of Ants?

Using chalk to eliminate ants from the area you wish to clear out is a tool that works, but it’s temporary. Chalk is fun to play with on surfaces because it makes a mark, but it washes off easily. The sodium carbonate in chalk deters ants and disallows them to trace their route home or towards food.

Ants follow each other, but if you draw a line in their path, the ants in the back of the pack will have to find another way around.

The scent of sodium carbonate disturbs the scent trails of ants and leaves them temporarily confused. It will not kill them, but they are lose their sense of direction or will have to reroute themselves.

What Keeps Ants Away?

Ants follow scent trails. They do so to stick together and to find food. Ants are intelligent and able to trace their path back to their colony with ease.

If we interrupt their ability to do so, we leave ants confused or disoriented. The following strong scented items keeps ants away and messes up their path to food or home:

If you want to keep ants away from your spaces, use any of the items above to create force fields, boundaries and safe zones to keep these insects away.

Pen lines work the same way as chalk lines. Chalk lines are preferred because they are thicker and easier to wash off. Ants are following a pheromonal trail and it’s being disrupted by the scent in front of them.

It could be from the ink of a pen or sodium carbonate from chalk. Both methods are safe, non-toxic for pets and easy to do. A pen line is thinner and harder to remove once you have drawn it.

Chalk is a better method, but neither solution works as well as commercial pesticides, insect repellents or stronger odors such as essential oils like peppermint or natural solutions like bay leaves to keep ants away.

What Is Ant Chalk?

Ant chalk is a type of ant killer. You draw it on surface much like regulars chalk, but this time, the chalk itself contains cypermethrin which is commonly found is pesticides like Raid.

Ants won’t want to go anywhere near this line and risk dying. This is poisonous chalk and will destroy their nervous systems. Be careful with Ant Chalk if you have pets nearby. It will harm them as well.

Related posts:
How to Get Rid of Ant Bites Overnight {13 Remedies To Heal Your Ant Bite}
Why Do Ants Love Sugar? {Why & What To Do Here}
Do Ants Pee Acid? {Is It Really True?}
Do Ants Get Sick? {How Do They Prevent Getting Sick?)