It’s time for a nasty, gross and disgusting topic that needs to be understood as part of a healthy and natural ecosystem that we a part of. Animals can be cannibals sometimes, but Do Live Rats Eat Dead Rats?

What would make a rat want to eat a dead rat? Why would a rat mother kill and eat its young? Can they actually do this to protect their colony?

In this article, we will discover, “Do live rats eat dead rats?’

Yes. Rodent cannibalism exists with rats. They are opportunistic feeders and will need to eat a counterpart if the time and reasons are right.

They may eat another rat to remove the smell of a rotting rat that can attract other predators. They can also do so out of hunger and desperation. A sick pet rat could get eaten by a healthy cage partner.

Sick babies can get eaten by their mothers as well. If she is certain she can’t care for her healthy young, she may eat them as well. Is It Normal for Rats to Eat Dead Rats?

Yes. Rodent cannibalism is normal and witnessed in the wild and captivity. Starving rats eat dead rats. They also eat their own young. Survival is crucial for these rodents.

They are resilient and have survived centuries by doing unthinkable, gross, ugly, disgusting or foul things that many other living animals would never fathom. Rats are the lowest of the low or the best survivors. Cannibalism when it comes to survival is tolerated.

Will Rats Go Near a Dead Rat?

Living rats will go near dead rats. They will be drawn to the smell and fear that a predator will as well. They will transport or eat the dead rat to help get rid of the odor if this is located in their territory.

They do not want to be exposed to other threats. The dead rat is a dead giveaway of their location.

Will Animals Eat a Dead Rat?

Plenty of animals will scavenge on the carcass of a dead rat. This includes other rats as well. Here is a list of some animals that would take the opportunity to feast on a dead rat in the wild: 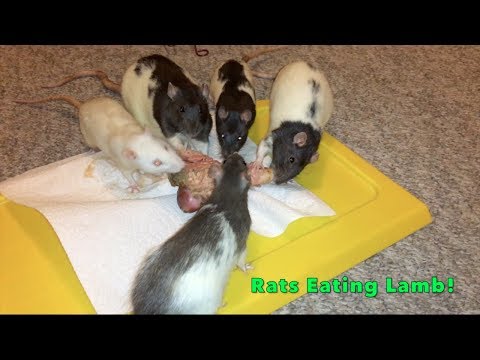 Would A Rat Eat a Rat?

Yes. When food sources run low, a rat could eat another rat. Babies and sick rats would come first. Dead rats would also be eaten.

Rats may turn on each other when it is tough times and the need to survive supersedes everything else, Really hungry mammals will resort to the lowest acts of self presevation which also includes eating their own children.

Do Rats Eat Each Other When Dead?

Yes. Rats are included in the category of cannibals. They will do so when hungry or to deter predators. Their survival to replenish their nutrients or the survival of the colony depends on it at times.

They do not want their location to be known and a dead rat would release an odor like a signal for predators to arrive. The colony could eat the dead rat to prevent intruders from showing up to their secure hiding spot.

Rats are not cannibalistic hunters. They will not actively pursue or hunt each other. The cannibalism we are witnessing or studying as human researchers tends to bring us back to the survival instincts of rats above anything else.

Domestic rats tend to eat their cage partner when they sense that they are sick, weak or getting close to it. They may also do so to open up some space when they feel that the enclosure is too tight for the both of them to survive.

Do Wild Rats Know When Other Rats Die?

Yes. Wild rats may quickly discover the body of a rat in their territory. They will do anything they can to eliminate this foul odor that could attract predators to their area.

They may have to flee the entire colony and relocate if they aren’t able to get rid of this foul smell. They may also realize that the easiest way to do so is to eat the dead rat in their area.

Why Do Rats Eat Their Young?

Female rats are more inclined to eat their young compared to male rats. They may discover that some of their pups are sick or will not receive adequate care of nutrition. In order for the rest of the pups to survive , she may have to eat some.

She may also need to feed on her young to prevent her own death. She has an incentive to deliver more babies in the future, but if she is depleted or starves, her need to procreate and spread out her species will fail.

She is motivated to breed and will need to eat some or all of this current litter of pups in order to live and mate again in the future.

Rats can die from poisoning when they consume previously poisoned rats. This is a case of secondary poisoning. In 2-3 days at the most, a poisoned rat will die. The other rats who are nearby will come out of hiding due to the smell.

They will search and investigate to find a dead rat that must be removed from the area or their location will be compromised to oncoming or potential predators in the nearby vicinity.

They may consume these poisoned rats and may get poisoned as a result. This is not a common occurrence, but it can and will happen if one rat returns to its colony after consuming poisoned bait.

Related posts:
Does Leaving the Lights on Deter Rats? {Do Rats Avoid Light?}
Will Keeping Lights on Keep Mice Away? {Do LED Lights Repel Mice?}
Can Mice Eat Chocolate? {Best Vs. Worst Foods For Mice}
Do Cats Keep Mice Away? {Are Mice REALLY Afraid Of Cats?}