Are you wondering if the squirrel in your area will ever leave? Is it the same squirrel that keeps returning? How Far Do Squirrels Travel?

Why do they travel and when do they need to? Which squirrels travel the farthest? How far can you take a squirrel in order for it to never return? Will your pet squirrel come back if you let it roam freely?

In this article, we will find out how far do squirrels travel and much more.

How Far Do Squirrels Travel?

Squirrels travel in straight lines and zig zags to get away from predators or find food and shelter. Squirrels travel between 1 to 2 miles a day without any trouble returning home.

Squirrels that travel over 10 miles do not tend to return back to their territory. The average activity range of a squirrel is between 2 to 5 miles.

If food sources are abundant in one particular territory, a squirrel will not travel much more than 1-25 acres. Daily movements can be as little as 160 feet only. Can A Squirrel Find Its Way Back Home?

A squirrel can deposit its own scent by rubbing its cheeks or anus against multiple surfaces like trees shrubs along the way on their trail. They can pick up the scent on their way back.

How Far Will A Squirrel Travel Back Home?

Squirrels can travel 10 miles in one day but they don’t tend to do that too often.

Squirrels usually return home if they are traveling less than 10 miles. If they surpass 10 miles and reach up to 20 miles in a day which they are fully capable of doing, they may not return home.

Studies have shown that squirrels that travel farther than 15 miles in a day only return home on a rare instances where the vast majority do not.

Will My Squirrel Come Back?

If you have raised a squirrel on your own inside an enclosure, this squirrel has learned to depend on you in many ways. If you have continuously fed your squirrel, played and praised it throughout each and every day, he or she will come back to you.

You can let your squirrel out to roam freely for up to a few hours each day.

They should return if you have developed a trusting relationship. 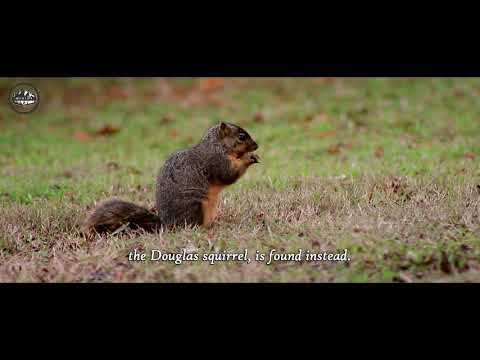 Do Squirrels Stay in the Same Place?

Yes. Squirrels enjoy staying in one particular territory where they create their nest. Traveling further than a mile away from their home usually means that there is an issue with a lack of food availability.

There are also instances where their shelter or nest is under threat from potential predators or construction. This means that a squirrel will travel up to 2 to 10 miles in search of a new territory.

If they do not find enough food in these areas, they may return back to their original territory. If a squirrel passes the 10 mile marker, the chances of returning are very slim.

Overall, squirrels tend to stay in the same area and average a daily distance of only 160 feet to 25 acres maximum.

How Far Do Squirrels Travel In A Day?

A squirrel can travel up to 2 miles each day, but they usually don’t. This is a safe travel range that is common for squirrels in the wild. Baby squirrels do not average this much distance.

Neighborhood squirrels may only stay within their 160 feet range. Squirrels that travel further than 10 miles a day will struggle to return back to their territory.

They must leave a scent trail behind by rubbing their cheeks, scent glands or anus against surfaces along the way to capture their own scent in order to find their way back.

How Far Do Squirrels Travel From Nest?

The age, species and gender of a squirrel determines how far that they will travel from their nest. Little baby kitten squirrels will not travel farther than two miles from their nest at any given time.

A male squirrel will travel further than females in order to wander around foraging for food or new territories to call home.

Squirrels can travel between 2-5 miles and return home without too much of a problem as long as they are leaving a scent trail behind. How Far Do Squirrels Travel In Their Life?

In order to answer the question of how far squirrels can travel in their life, one would have to be caught and the tracking device would have to be placed on it. This has happened in the past and evidence has suggested that the wild gray squirrel travel the furthest from all species of these rodents.

A gray squirrel can travel in its life to equal 151,000,000 miles. This number would be greatly reduced when only considering urban squirrels and ones that dwell mostly in trees.

Females and baby squirrels do not travel as much as male squirrels. If there is enough food to eat and the climate is warm with a safe shelter away from predators, A squirrel has no reason to travel too far in their life.

If there is a lack of food, a squirrel can travel up to 20 miles. The chances of returning however are very low.

How Far Do Grey Squirrels Travel?

They can travel the furthest and return back to their nests using their scent glands that they leave behind. They do so by rubbing their cheeks, scent glands and anus along the way to find their way back home.

How Far Can A Red Squirrel Travel?

A red squirrel can travel 2-5 miles in a single day without losing its way. This means a red squirrel can return back to its home territory by following its scent glands that it has left along the way.

If you have caught a red squirrel and do not want it to return back to its original territory because it is becoming a nuisance, you should have to travel up to 10 miles with it to guarantee that it will not be able to return after you release it.

Yes. Male squirrels tend to have a larger range than females. Females can maintain a more stable range and remain in the same area longer. Juveniles and baby squirrels have the lowest range from all squirrels.

The size of a squirrel’s range can depend on its social status. This means that if a certain male squirrel is more dominant than its counterparts, it can range or travel further than other squirrels.

He can extend his habitat and territory over other squirrels through its dominance. Subordinates or inferior squirrels may end up becoming floaters who have no fixed territory.

They have to settle on the edges of territories or wander away without being able to return. They are the lowest ranking squirrels in their community and remain on the periphery of the range dominated by male squirrels who can roam as they please. Why Do Squirrels Leave Their Territory?

Squirrels do not tend to leave their territory or travel further than two miles away from their nest. If a squirrel is traveling further than that, it is looking to relocate to a better territory.

Female squirrels who end up moving to a more comfortable territory where there is more food abundantly available and fewer threats of predators are found to have a better rate of reproduction.

They will have a higher mortality rate and their offspring have a better chance at becoming adults if they find a more comfortable territory. When squirrels leave for a new territory, they tend to travel as far as 10 to 20 miles away from their original location.

Why Do Squirrels Migrate?

Squirrels would migrate to a new territory when there are threats to their survival such as:

If a squirrel population is dwindling, it could be due to natural or artificial disasters occurring to force them to relocate. They could be hunted or fall victim to disease.

Starvation may occur in rare cases of squirrels are unable to find an area that is more abundant with food.

Some squirrels may not survive the long trip to find a new territory and die from exhaustion along the way. Overall, if squirrels travel farther than ten miles, they will most likely not return.