Another day and another squirrel is found dead on the road. Why Do Squirrels Run in Front of Cars? Why do they freeze up when a car is coming?

What should you do in a car when a squirrel runs out in front of you? Should you swerve out of the way? Why did squirrels learn this behavior and how many of them die each year and become roadkill?

In this article, we will find why do squirrels run in front of cars.

Why Do Squirrels Run in Front of Cars?

Squirrels mistake cars as predators. As part of their adaptation and evolution squirrels have realized that freezing until the last moment then running out of the way helps them to evade predators.

It doesn’t realize that the car speed limits its ability to evade it. This is why squirrels become easy roadkill. It is estimated that 41 million squirrels die each year around the world by getting struck by cars.

Why Do Squirrels Go to the Middle of the Road?

Biologists study squirrels who go out in the middle of the road. They see that squirrels have a tendency to jump in front of cars and just stop there. The reason why squirrels would freeze in such a way is due to its survival Instinct.

Squirrels will freeze until a predator gets close close and then zigzags to scamper away. This provides a biological advantage in their natural environment.

Unfortunately when they are in the middle of the road, they have limited depth perception and do not understand that cars are not predators. They cannot comprehend the speed of a car the way that we do.

Why Do Squirrels Run and Stop?

Squirrels run and stop throughout their day. When they stop, they’re listening to the sounds around them. They may stop when leaves are rustling or when twigs are moving.

Stopping and listening to their surrounding environment helps them to detect predators. They need to reduce the chances of being attacked, therefore they have adapted to listening carefully for any sudden sounds.

Squirrels can stop when they find camouflaging locations in their territory. They can use this area to hide.

If a squirrel is stopping in the middle of the road when there are oncoming cars, they are using this defense mechanism to freeze and then dart away the last minute. This works well for predators, but it’s a very unsafe method of evading oncoming vehicles.

Yes. If you swerve out of the way when there is a squirrel on the road, you may risk totaling the entire vehicle. Squirrels can also get into the hood of a vehicle and damage wire or electrical systems.

Squirrels and other rodents such as rats are known to chew on car wiring. It is important to inspect underneath the hood of your car to make sure that there are no rodents such as squirrels hiding there.

You can use repellents like sprays or mothballs to deter squirrels from entering areas of your car without you noticing. 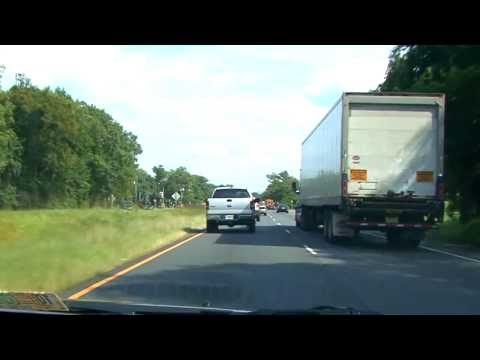 How Many Squirrels Are Killed By Cars Each Year?

It is an estimate that 41 million squirrels are killed every year. This is a number that is attributed to a study by WorldAtlas. They attribute most of these deaths due to squirrels running right in front of cars.

A squirrel is using a defense mechanism by darting in front of a vehicle and freezing. They believe that this can confuse predators. When predators get real close, the squirrel will finally dart in a zigzag motion to scamper away.

Unfortunately, this doesn’t work with vehicles. This is why up to 41 million squirrels are killed each and every year. Although this figure is reported, it is very difficult to know the exact number when we cannot track down every single roadkill.

Should You Swerve To Avoid Hitting an Animal?

Never swerve to avoid hitting an animal. Do not slam on the brakes either. If you swerve or slam on your brakes, you could cause damage to your own vehicle or swerve into oncoming traffic. Your car might flip over and you can risk hurting yourself severely.

You might have to surrender to some damage to your bumper or fender. You may end up with scratches or a broken windshield. All in all, if you break suddenly or swerve out of the way to avoid hitting an animal such as a squirrel,  you may end up causing more damage to yourself and your vehicle.

In most cases, you have to drive straight and risk running over a squirrel in order to maintain the safety of your vehicle and others around you.

Why Do Squirrels Run Out in Front of Drivers?

It is a part of their nature to freeze and then run out of the way at the very last minute. This is studied by biologists around the world including at Illinois State University.

Squirrels tend to stop, start and change direction all the time. There are stopping to listen to their surrounding environment and to confuse predators such as

This instinct doesn’t work when cars are coming. Most of the time, squirrels end up getting run over. They do not understand how fast the car is moving and their depth perception is extremely limited.

With their eyes positioned on the side of their heads and not able gauge the speed and trajectory of a car, they are risking their lives daily.

Is There a Time of Year When Squirrels Are Hit the Most?

Squirrel fatalities occur throughout the entire year. There seems to be a increase of squirrel related deaths on the road during the fall season.

Squirrels are more active during the fall because they are looking to collect food for the winter. They cross many streets during this time of increase activity.

In the springtime, they are usually born or tending to their young. Fall is when they are old enough to roam out of their nest and look for food themselves. This is why many young squirrels end up becoming roadkill.

What Should You Do if a Squirrel Runs Out in Front of You While Driving?

If a squirrel runs out on the road in front of you while you are driving, do not swerve or slam your brakes. Maintain the safety of your vehicle by continuing to drive straight. Do not try to avoid the squirrel.

If you slam on your brakes, you may end up getting rear-ended by the vehicle behind you. If you swerve, you may lose your vehicle’s balance and end up flipping it. You could also end up hitting a tree or a guardrail.

Defensive driving sometimes means that you must have to weigh out the possible risks to harming smaller animals that have run out on the road.

As much as we love nature and the creatures that are living amongst us, when we are behind a vehicle we have to consider the safety of road traffic and pedestrians above all else. How Does Stopping in the Middle of the Road Help Squirrels?

Squirrels are able to dart out  at the last moment or change directions for the act of confusing predators. If a predator is running towards a squirrel such as a fox or a wolf, the most effective strategy for the squirrel is to freeze on the spot.

At the very last second, the squirrel darts or flees. When a squirrel does this, a larger predator is unable to keep up. This is a behavioral instinct that has worked very well in the wild, but very poorly on the road.

The wider body of a car and the speed at which it is driving towards a squirrel is not judged well by a squirrel. They are simply unable to figure this out. They have limited depth perception and their eyesight is poor. This is why they end up becoming roadkill.

Squirrels have been using their survival instincts longer than roads were ever established. Squirrels are unable to quickly adapt to the growing rate of urban societies.

They have used a strategy that has worked for them for many generations, but right now it is not in their best interests to freeze in front of cars. They are doing so to confuse an oncoming predator. They will freeze until the last moment and then quickly try to dark out of the way.

This works so well for predators in the wild, but so poorly for cars coming at them with increased speed. More often than not, the squirrel has no chance of survival.

Make sure that you do not swerve or slam on your brakes when you see a squirrel freezing in front of you in the middle of the road.

Related posts:
What Frightens Squirrels? {A Complete Lists of Sights, Sounds & Smells To Scare Them}
Squirrels vs. Rats {How to Tell the Difference}
How Far Can Squirrels See? {Do They Have Good Eye Sight?}
How Far Do Squirrels Travel? {Will They Come Back?}