Ants, appropriately dubbed crazy ants, are a nuisance in the home, but whether you’ve got ants on something that you’d like to use again or just want a humane way to get rid of them.

There’s always the option of putting them in your freezer.

But will ants actually die in the freezer?

Will Ants Die in the Freezer?

Yes, At 0 degrees Fahrenheit (about -18 degrees Celsius), a freezer will kill ants quickly.

Ants can only survive winters of 10 degrees Fahrenheit or higher when protected and hibernating in the colony, so being exposed to colder temperatures with no protection is more than enough to kill them.

Ants are pretty hardy, but a lot of their resourcefulness comes from having a place to bunker down for the winter. Turns out, they’re not quite so mighty when the temperature approaches the negatives. The rest of this article will discuss how a freezer kills ants, what temperatures they can survive, and whether freezing is a human way of killing ants.

Does Freezing Ants Kill Them?

Ants have a documented history of being extremely hardy.

They can survive very high temperatures which can even boost their metabolism, and ants generally head underground inside an anthill to protect themselves from the cold winds on the surface.

It’s why you’ll see an increase in ant activity from March to September when the weather is warmer and a significant decrease throughout the rest of the year.

Ants cannot survive in a freezer, and placing an ant-infested item in the freezer will kill them off pretty quickly.

They can’t burrow or shield themselves in any way from the coldness, and their metabolism will begin to slow until they die.

Ant colonies have been spotted northernmost in states where winters can drop to 10 degrees Fahrenheit, indicating that this is the threshold that they can survive underground in a colony.

Ants also huddle together for warmth when hibernating in the winter.

As such, the inside of a freezer, kept at a frosty 0 degrees, will kill most species of ants pretty quickly, especially since they are not protected at all from the air currents in the freezer and won’t have time to huddle together for warmth before their metabolism slows to a standstill.

Can Ants Survive after Being Frozen?

Ants do hibernate in the winter, intentionally slowing down to sleep away the winter months, but since a freezer is much colder, the answer is most likely not. 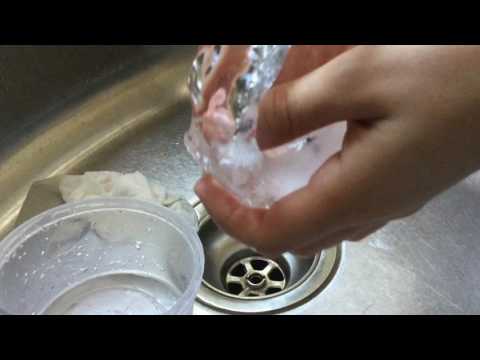 There’s a slim chance that an ant might be able to revive after being frozen, but for your common house ant, freezing will kill them.

How Long Can Ants Survive in the Freezer?

Ants won’t last long in a freezer, perhaps up to a few hours depending on the size of the ant and the temperature of the freezer;

However, you don’t need to worry about ants panicking and scattering everywhere if you’re putting something ant-infested into the freezer to kill them off.

The temperature in the freezer will immediately signal to the ants that it’s time to hibernate, and due to their cold-blooded nature, they should quickly become lethargic when placed in the freezer.

Do Ants Die in the Refrigerator?

Ants are pretty hardy creatures, and it’s safe to say that they can live well enough in a fridge.

They will likely be lethargic, and it would be uncommon for them to dwell in a fridge, but you shouldn’t rule it out as an area that your food is safe from ants.

Newer fridges might be impervious to ants with tight seals, but as they age, fridges become more susceptible to ants getting in the little cracks.

How Do I Get Rid of Ants in My Freezer?

The last thing you want is ants rummaging around in your freezer, especially if they’re going to do you the disservice of dying en masse and making a mess.

The reason ants march into the freezer is to search for food. They might be able to tolerate it momentarily to get out, but if an ant dies in the freezer, then other ants might end up following its pheromone trail and end up dying as well.

The best course of action is to lay down liquid bait traps for the ants somewhere along the assembly line. Trace the ants back to the source and put down a trap for the ants to find.

They will then take the food back, where it will hopefully reach and kill the queen, stemming off the flow of ants into your kitchen.

In the case of a serious infestation where baits don’t do the trick, you should call your local pest control company to take care of the issue for you.

A freezer may kill ants, but when it comes to ants bothering you in your home, they seem to live by the old catchphrase “there’s more where that came from!”

Related posts:
How Much Damage Can Carpenter Ants Do to Your House? (Top 9 Prevention Tips Explained}
Do You Need a Queen Ant for an Ant Farm? {Will They Die Without A Queen?}
Why Ants Carry Dead Ants {The Shocking Truth Behind Ant Graveyards}
How To Get Rid of Ants From Chilli Plants {Best Way Here}