Lights flip on and suddenly a bunch of insects begin to swarm or buzz around them, but are wasps attracted to light as well?

Do wasps come out when it is dark? Why do wasps like the light? What attracts wasps the most? Knowing what attracts wasps goes a long way into preventing them from enjoying our properties and possibly building nests there.

In this article, we will learn and explore the topic, “Are Wasps Attracted to Light?”

Are Wasps Attracted to Light?

Yes. Bright lights can attract wasps. You can see wasps buzzing around anywhere that is well lit at night. They are attracted to the source of warmth, but also looking for a quick and easy meal that is also located in this area.

Wasps do not see well in the dark, so if there is a bright light shining, they will seek to investigate to find out if there are food sources or building materials available nearby. Do Wasps Come Out in the Dark?

Wasps do not usually come out in the dark. They work throughout the day and remain in their nests once it is dusk. Some species are nocturnal, but even those wasps are not able to see well in the dark.

You can manipulate the activity of wasps by keeping them in well-lit locations where they cannot determine the difference between light and dark. Light can keep wasps active for longer periods, if it does not get dark in the surrounding area.

What Are Wasps Attracted to the Most?

It is extremely important to not leave food sources and crumbs lying around. The clean surrounding location to the nearest wasp colony forces these insects to find other areas for available food and leave you and your meals alone.

Why Do Wasps Fly Around Lights?

There are plenty of easy meals around lights. Wasps are carnivorous and will be able to feast on the larvae or active insects that are either alive or dead around the fixtures of lights.

There are plenty of dead carcasses in this area. The light can attract them because wasps are not able to see well in the dark.

They will be guided to the light and find out that there are some easy meals here by way of dead insects that have collected on the light or with the larvae that they have left behind. 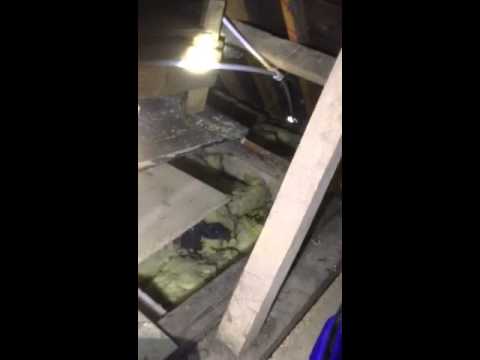 What Attracts Wasps to Your Home

Wasps are attracted to homes where they are able to help pollinate plants and flowers in your garden. They can also enjoy sweet aromas that are cooking or being used as air fresheners. Our deodorants and perfumes may also attract wasps.

If we are hanging laundry out and they have sweet fragrances on them, wasps can also arrive searching for food sources. They might be able to get in easily if you have open entry points around your home.

You are only attracting them further in these ways. If you are leaving a foliage compost and other types of landscaping leftovers around the perimeter of your home, wasps can congregate there as well.

They also are attracted to bright colors. Finally, if you leave food and drinks lying around, you will wake up to see wasps in the morning hovering around the leftovers that you may have not cleaned up from the night before.

Make sure all the garbage bins are covered and sealed and the exterior of the home is cleaned of all cooking materials. Wasps also like open water sources like ponds, fountains, pools and running faucets. Any home that has eaves or overhangs may also provide ideal locations for wasps to build their nests.

Do Wasps Hate the Dark?

Wasps are not attracted to dark colors such as blue or black. They do not see well in the dark and are usually resting in their nests for the night. Wasps tend to prefer bright colors instead.

If you are wearing darker colors or the decoration of your garden and surrounding areas are blue or black colors, then you will not be attracting wasps as much as homes that are colored in bright reds and yellows.

Will Wasps Sting at Night?

Are you wondering will wasps attack at night? Well, the stings of wasps that occur mostly around the summer and early fall can become such a nuisance that people will avoid going anywhere near their territories.

Thankfully wasps do not enjoy attacking at night. They are very capable of doing so nonetheless to protect their territory and their nest. Wasps are still present in the night, even though they are dormant or inactive. Can a Wasp Sting Through Clothes?

Wasps are able to sting multiple times without any risk of dying unlike bees. If you are wearing the following colors, you are more likely to be attractive to wasps and they may sting you:

Why Does Light Attract Wasps?

Light can attract wasps for some of the following reasons listed below:

What Kind of Lights are Wasps Attracted to?

Wasps are attracted to any type of light that is vibrant. There are certain kinds of lights that may attract them more including the following:

The most important factor of lights is that they contain heat which draws in many insects and wasps included.

Since wasps are carnivorous and larger than many other bugs, they can hover around the area and pick off the dead bodies of smaller flies who have perished due to the light sources. Are Wasps Attracted to LED Lights?

If you spot other bugs around these LED lights, it is an invitation for larger wasps to be attracted to it for a possible easy meal.

They can consume the insects directly on the lights as they will survive longer than the tiny flying prey insects that will surely die in a matter of time as they uncontrollably buzz and get mesmerized by the light.

Yes. The behavior of wasps changes dramatically from day to night. This indicates that wasps are definitely active and resting overnight in their nests. Significant amount of lighting would disturb the diurnal cycle of wasps.

It takes a lot of light stimuli to arouse an active wasp rather than one that is sleeping in its nest. This is measured by available food sources nearby or heat from lights.

Wasps are somewhat more likely to investigate areas that contain food sources in the heat of the day rather than night.

What Colors Do Wasps Hate?

Wasps are repelled by blue and black colors that resemble their fiercest predators such as bears, skunks, and raccoons. The dark colored fur of those predators resemble the blues and blacks that we may wear or have around their homes.

Wasps will choose building materials made of various greens and yellows rather than blacks. This also suggests that they are more attracted to lights that are not black or blue.

It is safe to say that most insects are attracted to light, but the reasons are different between them. Wasps can look at light sources as easy meals to pick off smaller flies and bugs.

They also are attracted to lights that are near their nest in order to help them light the way when they are unable to see well during the night.

Finally, the heat that lights gives off, makes it much more attractive to wasps who are in constant search for warm places to remain active and build more nests to expand their colony.

Related posts:
Do Wasps Eat Wood? {6 Ways To Repel Wasps From Wood}
Can Wasp Nests Damage Your Home? {Do You Have To Remove It?}
Why Are Wasps Attracted to My Car? {How To Remove Wasps In Cars}
How Long Will Peppermint Oil Keep Wasps Away {This Will Surprise You}