Antifreeze works as an excellent pest control poison that can be used to eliminate rodents including rats, mice and chipmunks. The antifreeze contains ethylene glycol which is sweet and attracts the rodents.

Antifreeze is also highly dangerous. All the pest control professionals and agencies recommend not to use antifreeze for killing chipmunks, mice, and rats because it’s lethal to dogs & cats.

I recommend that you consider to use traps to kill rodents as they don’t contain any harmful chemicals, Check out the traps here on Amazon. Yes, antifreeze kills rats. The active ingredient in antifreeze is Ethylene Glycol, and it has a sweet taste. Therefore, it attracts rodents like rats. So, when rats drink antifreeze or some food soaked in antifreeze like bread, then it plugs up the kidneys and the rat dies within a few days.

Yes, antifreeze also kills mice in the same way as it kills rats. The mice also get attracted toward antifreeze because of its active ingredient, Ethylene Glycol, which has a sweet taste. It kills mice but it’s not one of the best ways to kill mice.

How Long Does It Take a Rat To Die From Antifreeze?

Antifreeze does not kill rats overnight. It may take a few days depending upon the amount of antifreeze rat drank. After putting this homemade rat poison out there, some people think that it’s not working because they don’t see any dead rodents the next day.

But it really works. Just it takes some time. But, you should not use antifreeze to get rid of rats. And if you have pets or small children, then don’t even think about it.

How Much Antifreeze Will Kill a Rat?

There is no specific research that gives a clear answer to this question.

But, it also shows how dangerous antifreeze can be for anyone, whether it’s a pet or a child.

Yes, squirrels can drink antifreeze, and it can kill squirrels by damaging their liver and kidneys.

Which Rodents Does Antifreeze Kill?

Antifreeze is poisonous for all the rodents whether they’re mice, rats, squirrels, chipmunks, raccoons, or any other.

Antifreeze is also hazardous for pets like dogs & cats. It’s hazardous even for humans also.

Every year, many dogs and cats die due to antifreeze poisoning, which was placed as bait for rodents.

That’s why you should not use antifreeze as a rat poison.

What Kind of Antifreeze Kills Rats?

Antifreeze is going to cause a rat to die slowly. The rat will eventually die and hopefully it will be out of sight and away from your property when that happens.

The active ingredient in antifreeze that kills is rats is known as:

It will take a few days for a rat to die in any antifreeze brand containing Ethylene Glycol such as:
Havoline Conventional Antifreeze.

What Other Chemicals Can Kill a Mouse?

If you are looking to employ a chemical based solution to killing rodents like mice, look for conventional brands of rodenticide. Look for the following chemicals to be listed on the bottle:

You will not need to see all of these substances located within the same product to be assured that it will effectively kill mice.

Keep this list handy and refer to it when searching for the best rodenticide to handle this mouse issue.

According to the Pet Poison Helpline, as little as one teaspoon of antifreeze can be fatal for a cat when ingested, while for a dog it can be one or two tablespoons depending on the size of the dog.

If you think that you pet has gotten into antifreeze, then it’s important to take veterinary care immediately. 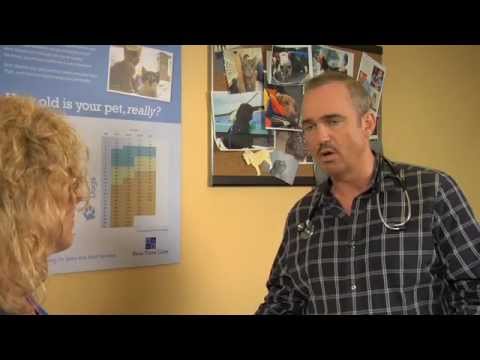 How To Use Antifreeze As Rat Poison?

First, you should not use antifreeze to deal with rat infestation because rat poison baits work faster than antifreeze. In the below, I have also shared some alternatives to antifreeze, so make sure to check them.

But, still, if you want to use, then these are the steps:

How To Kill Chipmunks With Antifreeze?

Chipmunks are found outside the house therefore, you need to be more cautious about placing the bait because it can be eaten by any other rodent, pet or any bird.

So to kill chipmunks with antifreeze, you should soak the chipmunk food items in antifreeze, and then place the bait in their burrows.

Chipmunks love to eat many things and from these bananas, berries, and tomatoes are a few which can absorb some antifreeze.

After creating bait, place it in the burrows of chipmunks.

Alternatives to Antifreeze for Killing Rats, Mice, and Chipmunks

For killing mice and rats in a humane manner, you should use Rat Zapper. It’s a modern rat killer that gives an electric shock to the rat and kills it in less than a second. So the rat feels no pain.

The good thing about it is that it’s relatively much safer than antifreeze or any other poison bait. Even after killing a rat, you can dispose of the dead rat without touching it, and that saves you a disgusting task of handling a dead rat. I suggest you read my article about the best rats traps to learn more about such traps.

If you want to kill use rat poison, then I’ll suggest Tomcat Bait Chunx. It’s quite effective and kills Norway rats, roof rats, and house mice, even those which are resistant to anticoagulant rat baits. That’s why it’s one of the strongest rat poisons. But, keep in mind that poison baits will always hurt your pets if ingested.

To deal with chipmunks, the best chipmunk trap on the market is the Havahart 0745 Animal Trap. You can use this trap to catch different traps, and it works perfectly all the time.

You should check my other article where I’ve shared information about the most effective chipmunk traps in 2020.

Getting Help from Exterminators

If the rats, mice, or chipmunk infestation is severe in your place, then don’t hesitate to take help of Pest Control Companies.

There are many exterminators which can eliminate the entire infestation quickly, and save you from a lot of frustration.

Sometimes, hiring an exterminator is not expensive as you thought. So, it’s always best to take some free quotes before trying any DIY methods and purchasing costly pesticides.

If you’re facing a rat, mice, or chipmunk infestation, then killing them by using a homemade antifreeze poison is not a good idea.

I suggest you try rat traps to catch them alive.

If the infestation is severe, then the best thing you can do is to hire a Pest Control Company.

Related posts:
Will Keeping Lights on Keep Mice Away? {Do LED Lights Repel Mice?}
Do Mice Eat Potatoes? {Do Instant Potatoes Kill Mice?}
Will Mice Return to Disturbed Nest? {How Many Mice In A Nest?}
Where Do Mice Go in the Winter? {Do They Hibernate?}

Home » Rodents » Can You Kill Rats, Mice, & Chipmunks with Antifreeze?