Rest in Peace to all the squirrels in my neighborhood over the past 30 years of living here. I’m left wondering about some of my favorite squirrels and sometimes I think, ” Where Do Squirrels Go to Die?”

Unfortunately, it’s common to see squirrels as roadkill in accidental deaths caused by running in front of the road. How about squirrels that die from old age? Where do they go?

In this article, we will find out, where squirrels go to die and many more questions will be answered about why and how they die.

Where Do Squirrels Go to Die?

Squirrels usually die within 100 meter radius of their nest. They may realize that they are reaching the end of their lifespan and return to their nest where they slowly wither away.

In other cases, they become an easy target for surrounding predators. The body of a squirrel might decay or decompose if a predator doesn’t consume it.

Disease, poisons, predation, falls from great heights and roadkill are the common reasons why squirrels die before they reach old age. You may find squirrels dead or decomposing in your backyard if they have already died, then fallen from their nests or surrounding territory. What Happens When Squirrels Die?

When a squirrel dies, its carcasses is most likely carried off by a living predator. There are local agencies governed by the parks department, environmental protection or garbage removal that will dispose of a squirrel’s body if they are notified.

In many cases, a squirrel confines itself to its nest when it senses that its time has come. The body can decay in the nest and the odor that is expelled can attract predators towards it.

Most of the time these squirrels end up in the digestive tract of predators and are excreted in the form of pellets.

You may find some of their bones lying around your yard. It’s best to remove them to not attract more living animals who wish to scavenge for an easy meal.

What is the Lifespan of a Squirrel?

The average lifespan for most squirrels is 1 to 2 years. This includes the risk involved in their life as many predators wish to consume this animal if they get the chance.

They are also urban creatures that are victims of many roadkill accidents. Pesticides and insecticides that we use in our Gardens and yards are also reasons why squirrels may not make it past 1-2 years.

The average lifespan of an adult squirrel is closer to 6 years in the wild.

The two numbers above are a couple of maximum recorded lifespans that squirrels have reached in the wild and in captivity.

What Is the Most Common Cause of Death for Squirrels?

The most common cause of death for squirrels is not old age. The top 5 causes that will end up ending the life of a squirrel are the following:

1. What are Common Squirrel Diseases?

The most common diseases that can cause a squirrel to die are as follows: The following poisons that are commercially used can end up killing squirrels:

Squirrels are chased and hunted down by many predators including:

4. Can Squirrels Die From Falling?

Yes. Squirrel need to adjust their tails and bodies to a correct position before they hit the ground. If not, they will badly injure themselves and possibly die.

5. Why Do Squirrels Get Hit By Cars?

Squirrels see cars as predators and perform their natural instinct of freezing on the spot. They want to wait until the last minute then zig zag or dart out of the way to confuse a larger predator.

A car comes too fast and they cannot judge the speed. This makes it very hard for them to get out of the way. 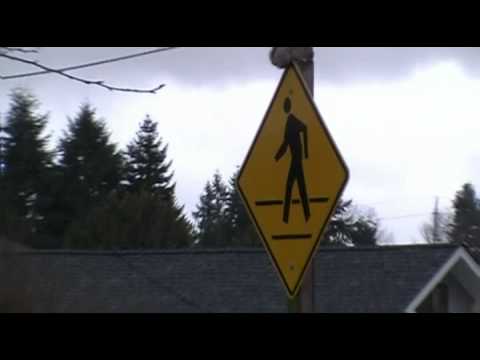 How to Prevent Squirrel Deaths

If you would like to help prevent the deaths of squirrels in your neighborhood, control the amount of poison insecticides that you are using. Keep them focused in one area only if you must use them.

If you aren’t using poisons or insecticides, then you have a greater chance of letting these urban dwellers survive in your neighborhood. Keep your domestic animals inside when you are away.

Some dogs are cats make it a sport to hunt squirrels. If you are letting your dog out for exercise or to relieve themselves, go out first and scare away the squirrels before your dog gets a chance to attack them.

What To Do With a Dead Squirrel

If you find a dead squirrel on the side of the road, you can leave it there for now. There are garbage removal companies and pest removal services that are employed by the city to remove roadkill. They will clean up the mess and you will not have to risk getting infected by any diseases that may still be present.

If a remove a service company has not shown up, you can contact your environmental protection or a conservation agency in your local area. They will come and dispose of the body.

If you would like to help you can grab a pair of gloves, a shovel and a garbage bag. No matter what, wash your hands after you have finished handling this situation.

There is a chance that dead squirrels will be dug up again by predators who can smell them. This is why it’s better to put the squirrels carcass in a garbage bag first before you bury it. Otherwise, you don’t need to bury the squirrel. You can leave the garbage bag out for garbage removal companies to take it away.

Where Do Squirrels Go To Die Naturally?

When squirrels die naturally they usually go to their nest and pass away slowly. Sometimes dying squirrels climb up high up on posts or trees and wait there until death reaches them. Unfortunately, a predator might make it up there first and make the job faster.

This is also a more painful way to go and is not a natural death anymore. A natural death would cause a squirrel’s body to soften up for a few hours in a nest or an unknown location where they are trying to remain hidden while they wait until the time has come for them to pass away.

After a few hours rigamortis will set it in and the corpse will get stiff. Finally, there will be an odor that might be present in the area that could attack attract the attention of larger predators. This is why it’s important to contact a removal service to carry away the carcass of a dead squirrel.

Squirrels are hunted in the wild very commonly by a number of known predators. Squirrels are an attractive meal for so many larger animals because they are rich in protein. They are also unable to defend themselves when they are caught.

Here are a list of animals that are known to attack, prey and kill squirrels. Why Do I Keep Finding Dead Squirrels in My Yard?

You are finding dead squirrels in your yard because of the possibly of nearby predators that are contributing to it. There’s a chance that they may have been scooped up by a bird and dropped accidentally.

You may also find that squirrels are dying in a yard that is full of pesticides or insecticides. If there are tall trees in your area then squirrels might be dying from falling out accidentally.

They also might be suffering from electric shocks if there are many electric poles in the area. In warmer regions, squirrels can end up suffering from diseases and parasites that run rampant in hot and humid weather.

Squirrels can easily die of heart attack or being shocked and frightened. Rabies is also an issue with squirrels that who can catch it from other animals. Ticks, fleas, mosquitoes and even spiders can kill squirrels with their bite.

Most of the time, larger predators or humans are the causes of squirrel deaths. Accidents from falling off of trees and poles and also contribute to it.

Old squirrels just want to hide and wait for death to come. They nestle in their nests or they try to find the most hidden location to wither away without being noticed.