No one likes fleas, especially in our hair. But fleas in human hair are a common occurrence which I am sure many of you might have faced at some point in your life. I have had fleas in my hair and there are many natural remedies or treatments we undertake in order to get the fleas out.

The best way to get rid of fleas in human hair is to wash the hair with a special shampoo that targets lice and hair mites (includes fleas) Apply the shampoo to your hair and leave for at least 10 minutes before rinsing off with warm water, then comb your hair with a fine tooth comb.

How Do Fleas Get in To Human Hair?

Fleas first choice of host is animals like cats and dogs but if they can’t find the preferred host then they do get on humans. And once on the human head, the adult flea will feed on your blood until they are not killed or removed from their place of dwelling.

Symptoms of Fleas in Human Hair

Following are the various symptoms of having fleas on human head:

The moment you start scratching your head more often than usual then there are good chances of fleas in your hair, biting you, which is resulting in itchiness.

2. Red Bumps on your head

Flea bites on human head sometimes results into small red bumps on the places of bites. They usually appear on legs and ankles, but in some cases they also appear on human head.

In some cases fleas bites results in different reactions for the humans like nausea, swelling etc. In such cases, it is very important to visit the doctor immediately.

4. Something Crawling on Your Head

This does happen when a person feels like something is crawling on his/her head and that is also sometimes a sign of fleas or lice.

How to Get Rid of Fleas from Human Hair

There are various treatments available to kill fleas. Below I will have mentioned a couple of home remedies and steps to follow in order get rid of fleas on human head

However, many people also use dog fleas shampoo on human head to kill fleas. This particular treatment of dog flea shampoo might have proved successful for some people but it is usually not recommended since it is made for treating dog fleas and has not been tested on human hair. It might even aggravate the symptoms or damage your hair.

If you do want to use a shampoo, then you can use the lice shampoo for human hair. Among those, ‘HoneydewHeadLiceTreatmentShampoo’ is a good shampoo for the treatment of fleas in human hair. This shampoo is made of all natural ingredients and has no harmful chemicals that might damage your hair. It has a fresh fragrance and also nourishes your hair and treats fizziness.

It has tea tree oil, rosemary and jojoba extracts that moisturizes your scalp and provides relief from constant itching. This is a great alternative treatment to if the symptoms continue to show.

It is important to remember that before deciding over your choice of treatment, you read the ingredients carefully so to avoid any allergic reaction. Also, please avoid dog flea shampoo since they could damage the hair on human head.

Baking soda is one such tested home remedy that has proven to be successful in killing the fleas in human hair. Following are the steps you should follow to do the same:

This is another home remedy treatment that people swear by to kill fleas in human hair and that is vinegar.

They are very soothing to ease the itchiness from the flea bites and they also get rid of the fleas.

Even if after trying these home remedies, the symptoms still continue to show; you can then use shampoos created for this purpose. I will talk about this in the following point. 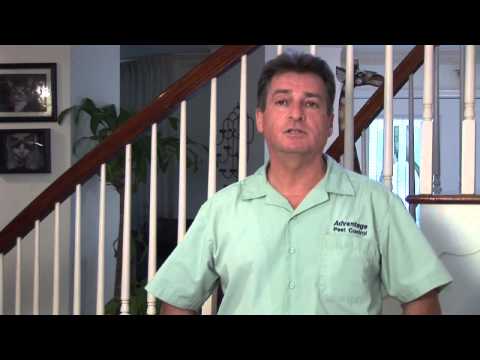 Flea vs. Lice on Human Hair

Fleas and Lice, both are these microscopic parasites that can be found in human hair with almost same symptoms. And because of this, people usually confuse them to be same. It is true that shampoos used for lice treatment can also be used to kill fleas but there is a lot of difference between them.

Lice are tiny parasites (1.5 to 3.55mm) which are wingless and the size of a sesame seed.  Lice are built for crawling since they cannot fly.  Lice are host specific insects, which means they feed on the blood of their hosts which usually ranges from humans and animals like dogs, kittens etc. They have a lifespan of 30 days and all they do is feed on blood and reproduce. They are clear to light brown in color which darkens after they feed on blood.

Fleas are also small wingless insects approximately the same size as lice. However, unlike lice who can only crawl, fleas can jump from one host to another because of their cricket type hind legs that enable them to jump up to 7 inches. Fleas usually feed on hosts that are non-human like dogs and cats etc. but they can also infest humans. The major difference between lice and fleas is that lice can live up to only a day or two feeding on the host but fleas can survive up to 100 days without a host. Fleas can live inside carpets and fabrics and can be carried by pets.

Flea bites are often painful and result in red bumps on your skin and scalp. However, flea bites can also result in allergic reactions which in some cases could need medical attention.

Some of the major allergic reactions to flea bites are extreme itchiness, raised welts on skin, dizziness, fever, nausea and sometimes even difficulty in breathing. It is important to get yourself checked by your doctor depending up on the severity of your allergy.

How to differentiate between flea eggs and dandruff?

Confusing dandruff with flea eggs is a common mistake because they look very similar in size and color. Both are translucent, white and smaller than a millimeter in size. However, there are differences between them that are noticeable.

Dandruff is dead skin cells which are usually of irregulars shape however flea eggs are usually oval in shape with round ends and are much thicker than dandruff. Also, dandruff is stickier in nature as compared to flea eggs which don’t remain on the hosts for more than a couple of hours.

Does Coconut Oil Repel Fleas on Humans? Yes, coconut oil does help in repelling fleas on humans. 100% natural oil which is non-toxic can be soothing for your skin as well as your hair and act as a repellent as well. This is due to the lauric acid which is present in coconut oil which acts as a natural repellent for fleas thus keeping them away.

You can apply the coconut oil directly or you can mix it with water in a spray bottle and then use it.

Does Animal Fleas Live in Human Hair? Animal fleas like dog or cat fleas usually choose these animals only as their host.  But fleas can jump from one host to another therefore they can occasionally transfer themselves on humans due to close and continuous contact. However, they don’t stay on human hair for a very long time because their preferred choices of hosts in the end are the animals.

Can Humans Use Flea Shampoos? Like I mentioned above, companies do not manufacture separate shampoos to treat fleas in hair. However, there are lice removal shampoos that are equally effective on getting rid of fleas. Organic shampoos made of 100% natural ingredients are the best choice use for flea infestation in your hair to avoid any harmful reactions from the chemicals that are usually used in other shampoos.

Can Fleas Live in Human Skin? Fleas can stay on human skin only long enough to bite. They can live on human head because of the hair and even in other places on the body with hair like armpits or genitals but other than that they don’t live on the human skin.

I know what you are thinking, it is 2020 where we have talking robots but still we have to deal with fleas and flea bites despite so many remedies available in the market. Well, there is not much we can do besides being well informed and take necessary precautions and steps in case such a menace happens with us; and I hope this article does help you with gaining all the important information about the same.

Have you noticed that there are fleas and ticks in your backyard? Are you concerned that they can harm your pets and your family? In this article I will share some natural remedies that will help you...

Continue Reading
link to Will Gophers Eat Tomato Plants? {Do They Like Tomato's}

Gophers are little rodent pests that eat plants and vegetables that grow underground. But will they eat your tomato plants? Gophers usually will not eat tomatoes, leafs or stems of your plants,...